Skip to Content
Home / Insights / Negative Rates in the U.S.? We Don’t Think So

Although trillions of dollars of global debt currently “pays” negative yields, according to Eddy Vataru, the size and supply/demand dynamics of the U.S. mortgage market will keep domestic rates positive for the foreseeable future.

2019 was a year in which global interest rates reached historically low levels, propelled by a cocktail of coordinated central bank easing, uncertainty around US-China trade policy, and a deterioration of the outlook for the global economy. It has been well documented that trillions of dollars of outstanding global debt currently “pays” negative yields, even as rates have risen since the lows set in September.

There has been much debate about the possibility of negative interest rates spreading to U.S. Treasuries. The topic of negative rates has different meanings when discussing the Federal Funds rate, which is set by the Federal Reserve, versus longer maturity bonds, which are priced based on market supply and demand. We would argue that the latter is of more significance to fixed income investors, as it directly impacts both the landscape of investment opportunities and expectations for future income. In that context, the concept of a zero yield is sobering enough, but do domestic fixed income investors actually need to consider scenarios where they pay for the privilege of warehousing capital with another entity, as they currently do in Europe and Japan?

Fortunately, we do not see much chance of this happening in the U.S. Our conviction is based on an understanding of the composition of various global bond markets, and how the U.S. differs in one very important way: the size and structure of the U.S. mortgage market.

The bond markets in Europe and Japan are generally comprised of government and corporate bonds. European securitized products, which include mortgaged backed securities, make up only about 8% of the Bloomberg Barclays Pan-European Aggregate Index. Most of the index is comprised of covered bonds that bear minimal resemblance to U.S. agency mortgage passthroughs (which make up the majority of the securitized products in the U.S.).

Unlike U.S. agency mortgage passthroughs, covered bonds exhibit little correlation between the level of interest rates and the amount that is originated. In that sense, they are more like government bonds, as issuance is not particularly rate sensitive, and corporate bonds, which are often issued based on corporate actions rather than the current level of interest rates. Opportunistic companies – the type that would “take advantage” of low rates – are mostly limited to the highest quality issuers.

The securitized market currently makes up approximately 30% of the overall issuance in investment grade debt, second only to U.S. Treasuries. Furthermore, unlike any other markets in the world, the agency MBS market is the single most efficient market at generating supply in response to lower rates. The ease with which a homeowner can refinance a mortgage, while thankfully somewhat more difficult than it was before the financial crisis, leads to a remarkably efficient system for 1) reducing mortgage payments for homeowners and 2) delivering supply of longer duration mortgage securities to the U.S. investment grade market, which is of particular relevance to fixed income investors. If the Fed were to lower their target rate to zero, or even below zero, the market would be inundated with additional supply of duration resulting from newly originated mortgages created by homeowners refinancing into lower rates.

Thus, if lower rates allow for refinancing activity (for this example we assume it does not encourage an uptick in outright purchase volume), how would this provide net additional duration to the market? It does so in three ways: 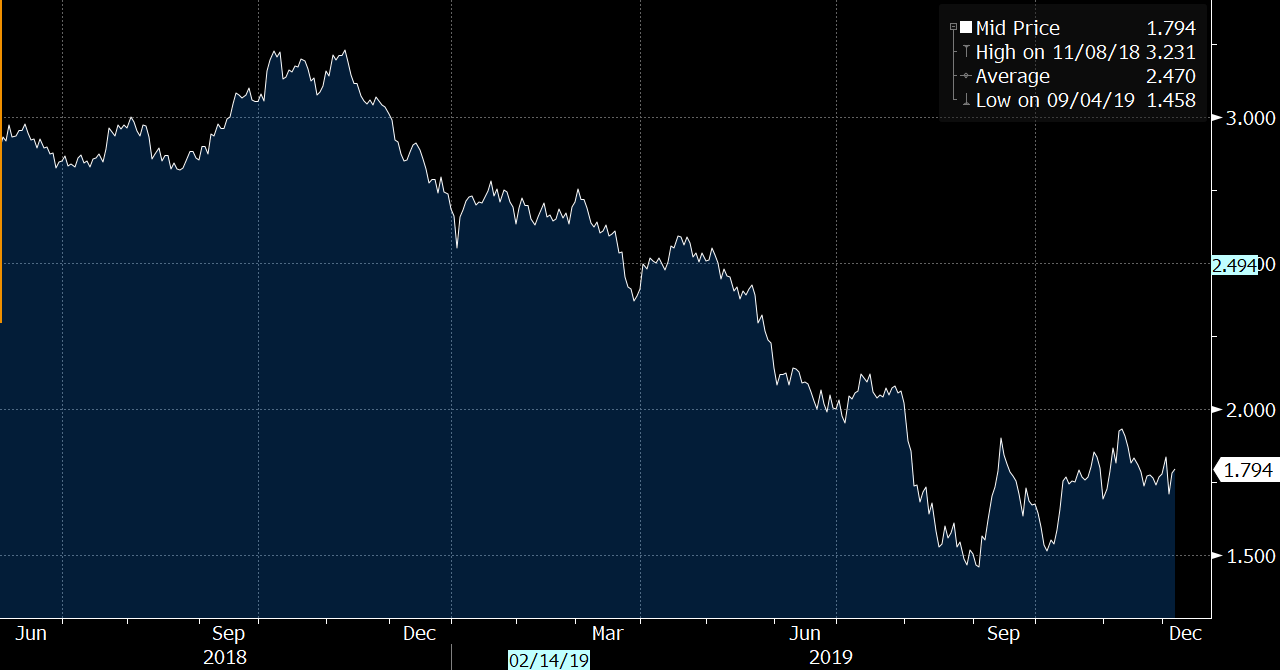 These are not random. Rather, they are an artifact of the mechanism by which mortgage bonds are brought to market by originators. Generally, when homeowners lock their rate with an originator, the originator will come to market and sell the interest rate risk through a “TBA” sale – a forward sale of the mortgage risk with the actual pooling details to be delivered when available – hence the term “to be announced.” The TBA market is the mechanism that allowed originators to continue originating loans and offloading risk to the market even through the toughest of times in 2008 when liquidity seized up and is why the agency MBS market is regarded as a close second to Treasuries in terms of transaction cost and liquidity in the domestic market.

If interest rates are falling (i.e., the bond market is rallying), an originator might decide not to sell newly originated mortgages to the market – effectively “freerolling” and trying to generate gains on the increased value of these mortgages while the market trends in their favor. We must also acknowledge that persistently falling rates result in some borrowers falling out of the origination process to establish new rate locks at even lower levels. Still, the longer that rates trend lower, the more money an originator can make by accumulating these new mortgages without selling them to market. One could argue that the lack of mortgage supply in the face of a rallying Treasury market fuels the grinding rally further – besides the fallout mentioned above there are asset-based convexity arguments (beyond the scope of this writeup) that would validate this activity as well – but in the end, supply is withheld from the market exactly at a time when the market has demand for duration.

Once the tide turns, it turns quickly and decisively. A deluge of high duration supply hits the market just as rates start to rise, precisely when the market is least equipped to digest it. Fixed income investors require lower prices and higher yields to absorb the new bonds backed by the new mortgages, which drives interest rates higher, until the market clears. For example, in September of this year yields increased 40 basis points (against a 10-year Treasury that started at 1.42% - quite a move). In previous selloffs we’ve seen even larger increases.

This all leads to a couple of facts that make it very difficult for U.S rates to enter negative territory, as we have observed in Europe and Japan. The U.S. mortgage market is an extremely efficient market which produces supply at lower interest rate levels. Unlike foreign markets, the domestic mortgage ecosystem is highly sensitive to the level of rates driven by the homeowner in search of lower mortgage payments. Thus, lower rates in the U.S. result in a supply of newly originated mortgages with characteristics (such as lower rate and longer terms) adding to the duration of the overall market. Given the size of the mortgage-backed market and its efficiency, we believe there’s little reason to fear rates in the U.S. will be negative in the foreseeable future.

The Federal Funds Rate is the rate at which depository institutions (banks) lend reserve balances to other banks on an overnight basis.

The Bloomberg Barclays Pan-European Aggregate Index tracks fixed-rate, investment-grade securities issued in the following European currencies: EUR, GBP, NOK, DKK, SEK, CHF, CZK, HUF, PLN, RUB, and SKK. Inclusion is based on the currency of the issue, and not the domicile of the issuer.

Call options are financial contracts that give the option buyer the right, but not the obligation, to buy a stock, bond, commodity or other asset or instrument at a specified price within a specific time period.

In the money is a term used to indicate that an option has a strike price that is favorable in comparison to the prevailing market price of the underlying asset.

Out the money is a term used to indicate that an option has a strike price that is unfavorable in comparison to the prevailing market price of the underlying asset.

Osterweis Capital Management is the adviser to the Osterweis Funds, which are distributed by Quasar Distributors, LLC. [42917]